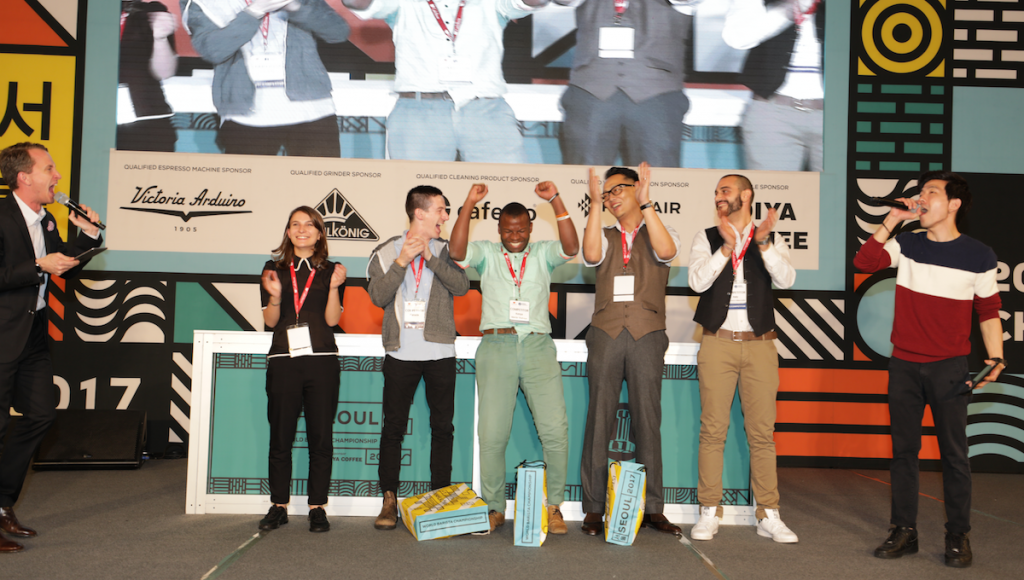 It’s hard to believe we’re already two days into WBC Seoul! We’ve already seen 58 competitors in Round One, with our semi-finalists also being announced. Congratulations to the winner of the 2017 WBC Teams Competition: Team Tamper, which includes Canada, China, Italy, Kenya, and Romania.

Each competitor in the WBC was placed in a team based on historical performance data, with each competitor giving their own individual stage routines, while supporting and working with each other off-stage. After competing on the main stage, each team also had a designated shift on the Team Bar—working together to create a menu, decide on equipment to use, and how to structure their service.

This year, the semi-finals round of the WBC was expanded to include the top 15 finishers in the preliminaries, with a 16th wildcard semi-finalist position in the WBC awarded to the highest-ranked, not already qualified competitor from Team Tamper: Martin Shabaya from Kenya.