The 2018 World Barista Championship is fast approaching—in just under three months, over sixty competitors will take to the stage in Amsterdam, The Netherlands at the World of Coffee show. With regional competitions well under way, qualified competitors will have started planning their preliminary round performance—preparing three espresso-based courses in fifteen minutes to a panel of judges and the audience. Alongside the preliminary round on day one and two, competitors will also collaborate in groups of teams, as part of the WBC Teams Competition.

Over the last eighteen years, it’s been clear to see that behind every barista, there is a strong support network—from coaches, to producers, to roasters. The WBC Teams competition is designed to foster and encourage that same spirit of mutual support amongst competitors. Participating competitors are grouped into ten teams, equally weighted based on historical performance of their National Body. Competitors continue to give the standard on-stage performance to the audience and a panel of judges, while working with and supporting their teammates behind the scenes. Each team also works a shift on the Team Bar, where competitors will work together to decide on menu, equipment and service.

The overall winner of the Teams competition will be determined by combining each team member’s individual rank from the WBC preliminary round. The team with the highest combined rank win the WBC Teams Competition, and some great prizes, including the chance to participate in a future WCE All-Stars event. The highest ranking member of the winning team who is not already qualified into semi finals will win a spot as the sixteenth semi-finalist, and continue in the World Barista Championship. In 2017 the WBC Teams competition was won by Team Tamper, which included Canada, China, Italy, Kenya, and Romania. Kenya’s Martin Shabaya qualified into semi-finals, and also joined the WCE All-Stars event at Hotelex Shanghai last week—keep your eyes peeled for more of the 2017 Team Tamper at upcoming All-Stars features!

Who will you be cheering on? The team groupings are below: 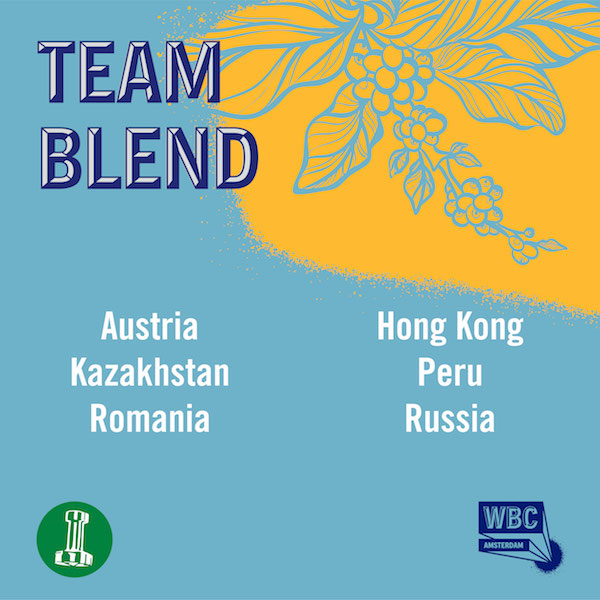 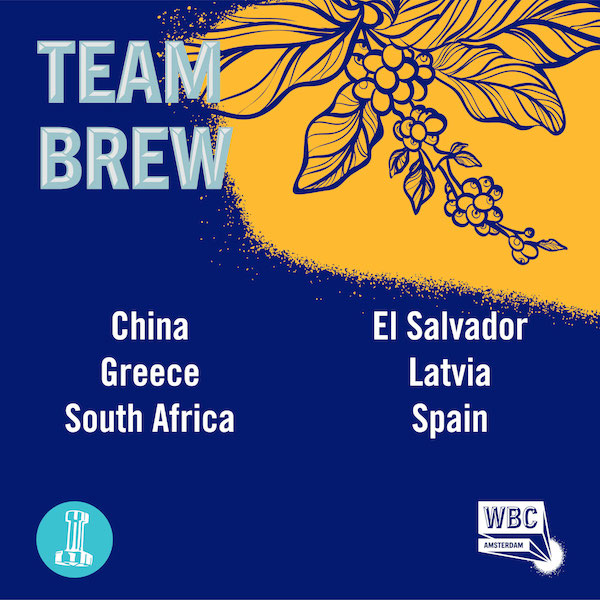 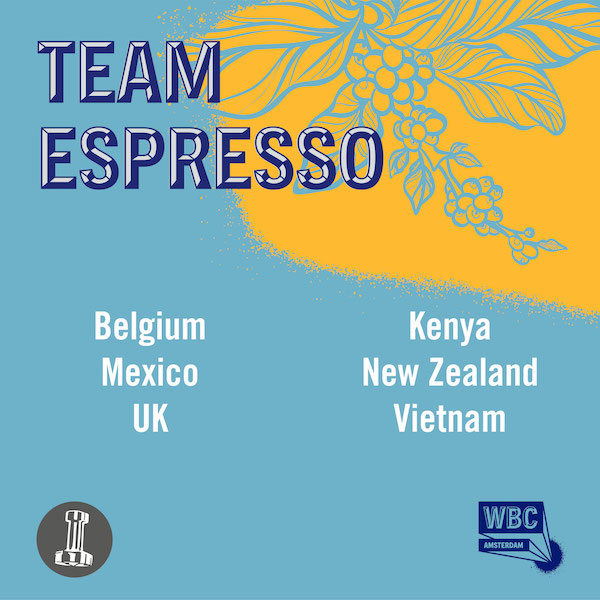 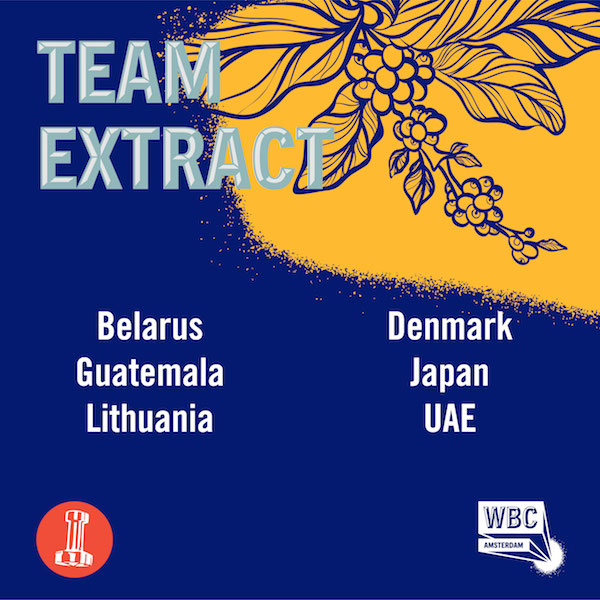 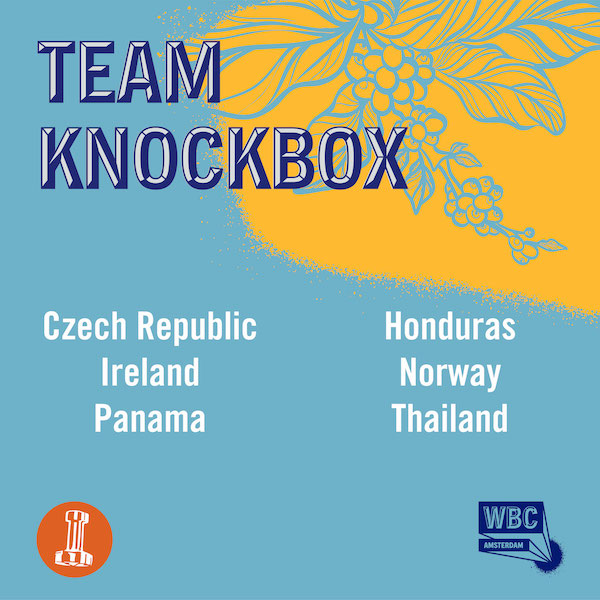 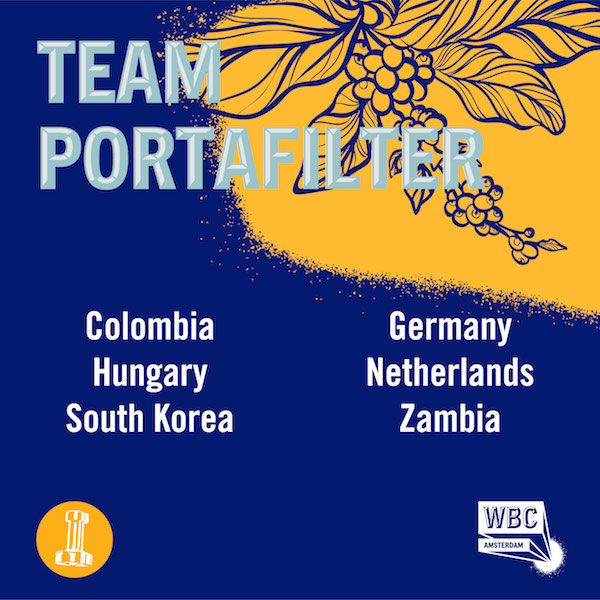 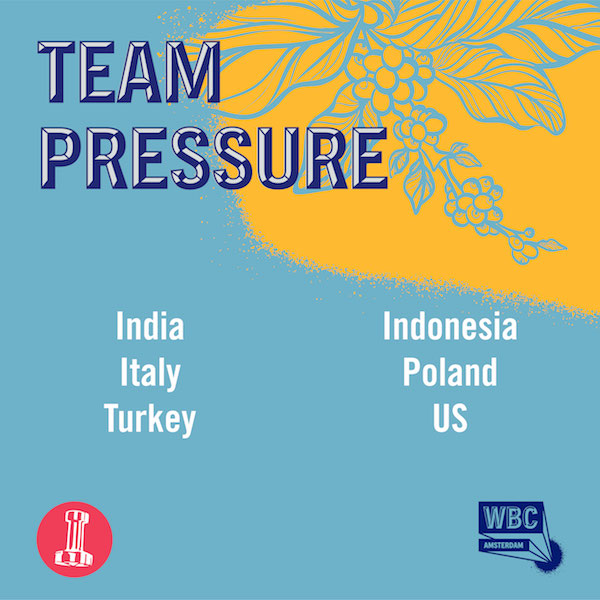 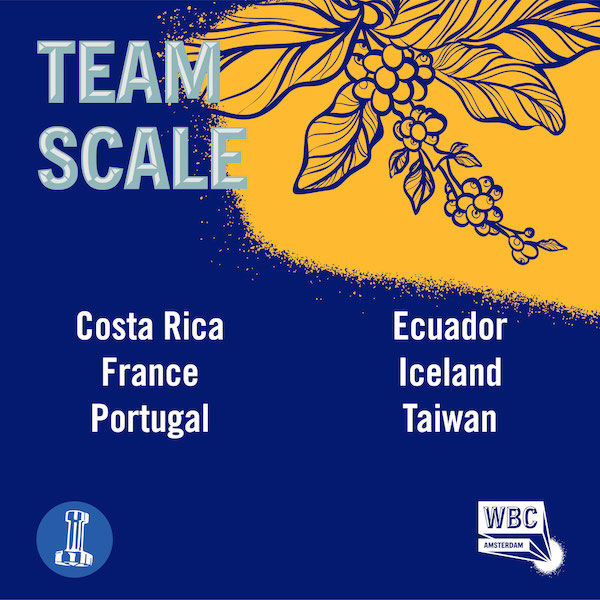 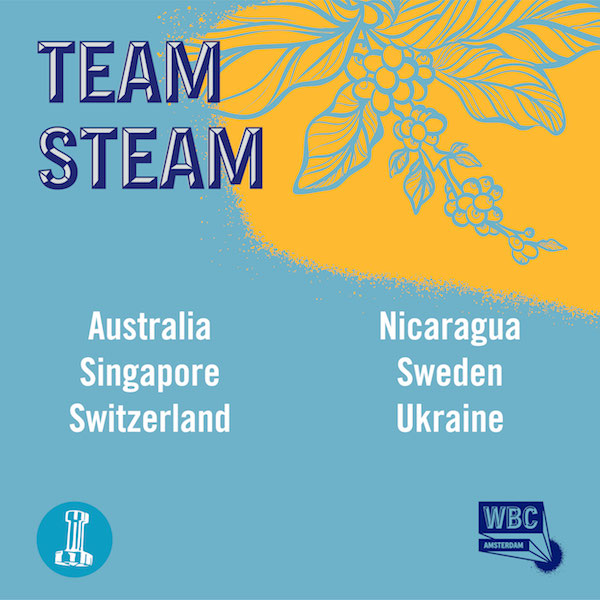 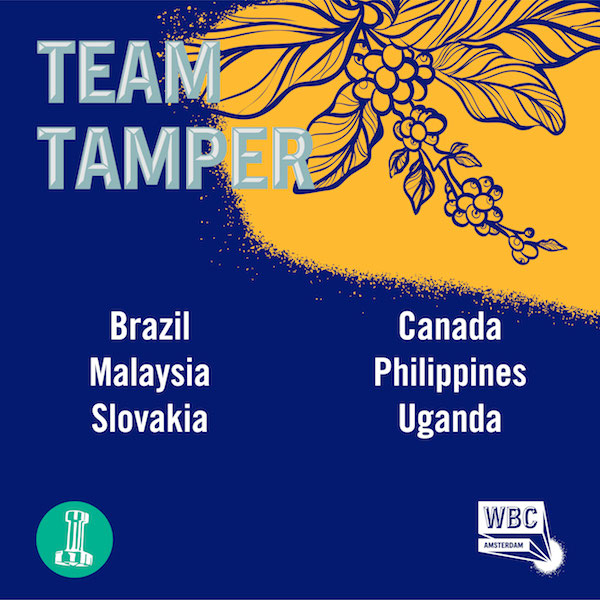 The World Barista Championship is brought to you by Qualified Sponsors, Nuova Simonelli, Mahlkönig, and Urnex, and a number of other partners. The 2018 Team Bar is title-sponsored by Puqpress, with coffee sponsored by Has Bean.